Looking for a resource to grow your sales? Winmo helps you source more leads by connecting with the right prospects at the right time.

Request Demo
Back to All Agencies 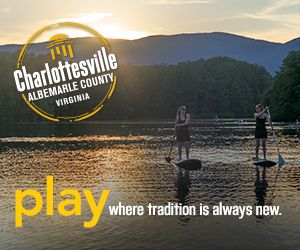 Virginia's draft agreement between the city and county that will see government officials take roles in the CACVB's newly formed executive and advisory boards. I won't get into the specifics of the boards and the changes they will instill, but I will say they seem to have at least some focus on improving CACVB's marketing. County Attorney Greg Kamptner said, "Tourism has changed over the last 15 years and will continue to change, and so the approach that's being taken with the new agreement will provide more flexibility."

In other words, it sounds like they'll be modernizing their marketing approach. I would imagine, then, more digital and social in lieu of other channels. Of course, we'll have to see, but spend should be going up anyways to combat the declines the CACVB saw in 2017.

So, sellers with reach among those in Virginia or areas near Virginia (Chicago; Philadelphia; Washington, D.C.; and Raleigh-Durham, NC, in particular) should begin reaching out to see what revenue you can secure. A study conducted in 2015 states that Charleston's visitors are mainly females, boomers, business travelers (A 40-44) and visitors from adjacent states. The bureau's spend spikes during peak tourism seasons, Q2 and Q3.

Pathmatics reports year-to-date (YTD) digital display spend has only totaled $1,200, a decrease from the $3,700 spent in 2017, all of which was allocated from January to July. Spend for 2016 was $2,700. Ads are primarily placed through AppNexus (88%) and Adara Media (12%) onto sites such as forbes.com, kansascity.com, flickr.com, merriam-webster.com and sfgate.com.

According to their 2017 annual report, they also run through print, digital, radio, TV, social media, earned media, experiential and partnerships.

Agency & martech readers - advertising agency last November. The source confirmed this was only a one-year contract with the potential of being renewed. But I like to think you can sweep in and get the work to yourself. November isn't as far away as you may think, so start planning your pitches to help the bureau become more modern and reach out. Clean will likely be among your competition. Their contract was $324,000, so expect numbers around there.